For some time now, we've been setting up a "Whisper Mic" for our worship leader or band leader. This allows him to speak to the band and to the projectionist in their in-ears without being heard by the congregation. The switch we chose is called the "Panic Button," and usually it causes no panic. Usually.

Panic occasionally does descend, however, when replacing the 9V battery results in an accidental "adjustment" of the dip switch settings which are quite inconveniently placed right next to the battery compartment. 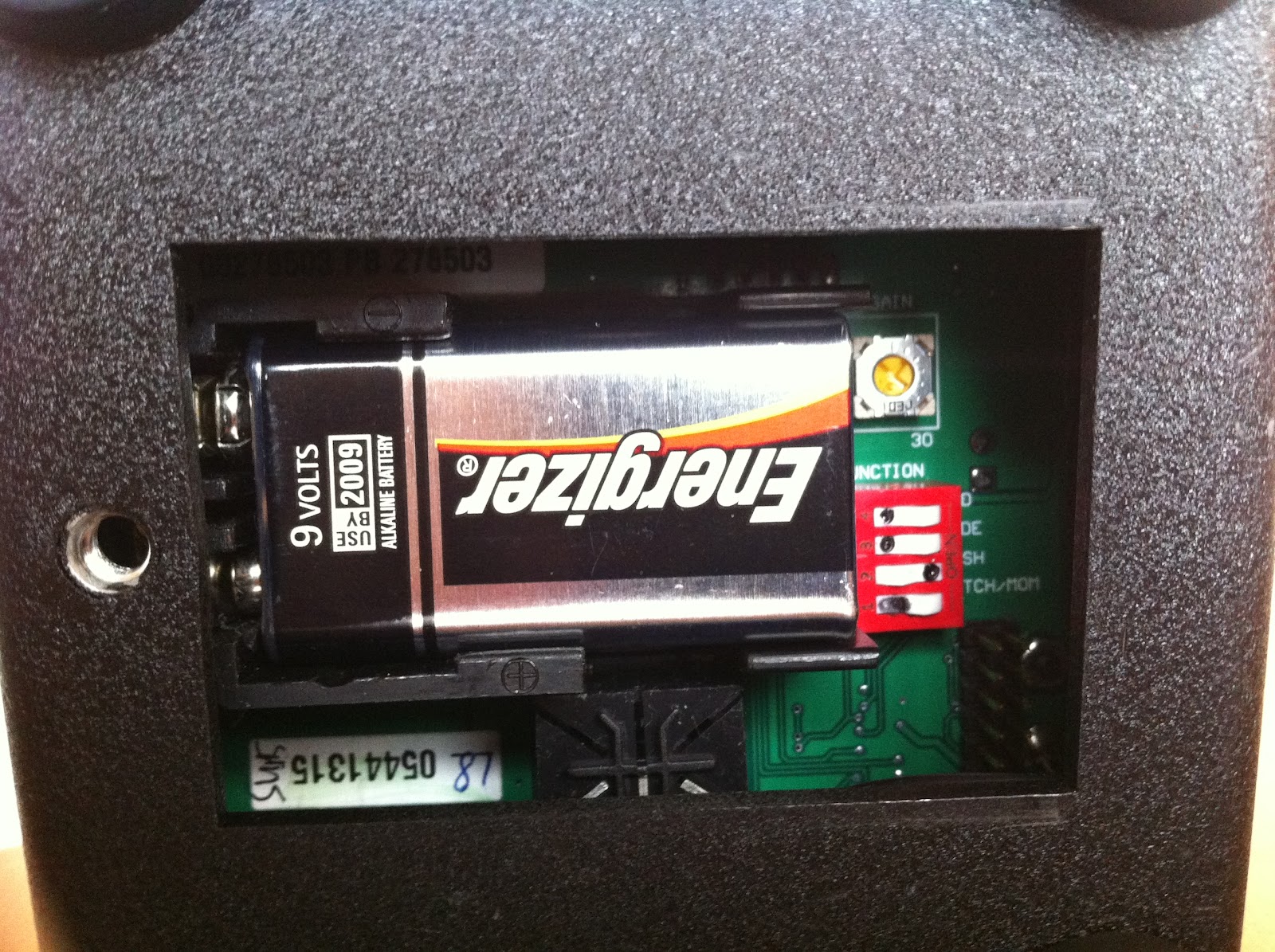 Now, however, calm has been restored. If the panic button doesn't seem to be functioning correctly, simply press the dip switches down in the direction of the black dots. That is the correct orientation of each button to get it to act as expected.