In preparation for the new year, I met with the creative team coordinator to get the new personnel lists, and we've built new tech paperwork for this coming year.

Here's what you need to know:


Post questions and suggestions in the comments section below.
Posted by Dave Wilcox at 10:54 AM 0 comments

The Green Room "After" Every Event

Covenant Life's new Music Academy Director, Mr. Goodling, has recently cleaned up the green room, and mighty well, too. See the "after" pictures below, and note that these are "always after" pictures. Every time you serve at an event, the green room should look like this when you're done. And in case you forget what these pictures look like, they will be available in a binder by the double doors. 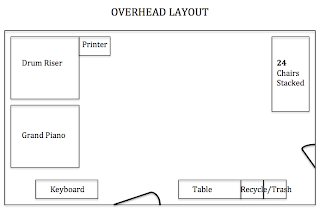 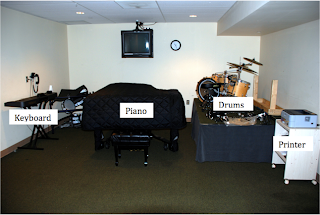 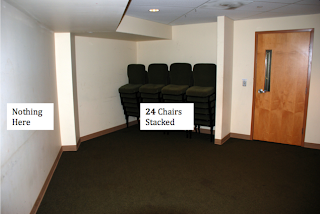 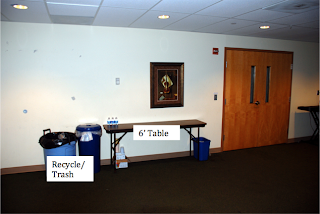 Rechargeable Batteries in the Edwards Room

There are a few minor adjustments for the Edwards Room:

Please do not lose, recycle or trash these batteries! We've lost about 16 already in the auditorium. Please make every effort to remove all batteries at the end of every time and do a count to make sure you have them all before you go.

You can see the location of the charger here, below the autorecorder and above the drawer with the wireless mics: 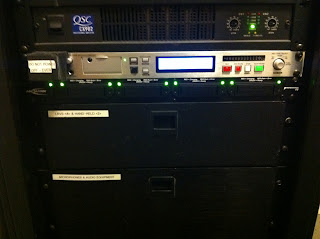 Thanks, everyone, for another great weekend at Covenant Life.

After a relatively long hiatus from baptisms, week 1 came back strong with great baptism video shots. What worked so well?
Great job friends!

We focused on shading a while back as a team and the brightness levels improved for a time, but I think we could use attention on this area again.

Some ideas to assistant directors to consider:

The new lighting locations do make them somewhat more noticeable to the congregation in the front rows, but turning the lights down creates more problems than it solves. I'll soon be ordering some top hats to help reduce the flare in the eyes of the people in the front rows.

Headset Chatter and Other Non-Event-Related Discussions

Finally, I'll pass on a quick reminder to stay on task with your conversations, especially on headset. We had at least two instances this weekend when operators were distracted by conversations happening around them, one on headset and one off headset. The result was that they missed cues.

What did you notice that went well or could use some tweaking from this last weekend?
Posted by Dave Wilcox at 5:11 PM 1 comments